Driving the Pan-American Highway – in an EV

Ten engineering students from Britain hope to tackle the Pan-American Highway – all 15,000 miles of it – in the last thing you'd think to do it in: an electric car.

Not just any electric car, mind you, but one originally designed for racing.

Racing Green Endurance, which consists entirely of students at Imperial College London, has converted a Radical SR8 to battery electric power. As if that weren't impressive enough, they plan to spend three months driving it from Prudhoe Bay, Alaska, to Tierra Del Fuego to show people that EVs can be quick, they can be cool and they can go the distance.

"The perception still exists that EVs are somehow inferior to their fossil fueled counterparts," team spokesman Andy Hadland told Wired.com. "There is always a caveat. 'I'd buy one, but they only go a few miles ... they aren't really zero carbon ... they take too long to charge.' These are all perceptions that we want to change."

He's got a point. People offer all kinds of reasons why EVs won't take off. Among the biggest is "range anxiety" – the concern that a range of, say, 100 miles isn't enough, even though most motorists don't drive more than 40 miles a day. That remains one of the biggest challenges to mainstream acceptance of cars with cords.

"We wanted to build a car with impressive endurance to show that they can go the distance," he says. "And by doing it in the rather funky SRZero, hopefully people will sit up and take notice."

It would be hard not to notice the SRZero. 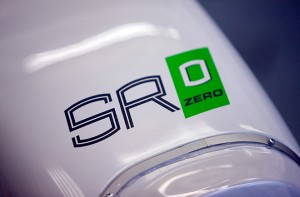 The SRZero started as an SR8, a race-ready machine built by Radical Sportscars. Although it looks like something you'd see at LeMans – an SR8 lapped the Nurburgring Nordschleife in 6 minutes and 48 seconds – Hadland says it's a great candidate for conversion. The tubular chassis was easily modified to accept batteries, and the car is lightweight, which helps maximize range.

Besides – it looks badass, which helps in a PR campaign. We can't help but think that played a role in the decision to use it.

"It attracts attention," Hadland said. "If the SRZero were a four-by-four, would you pay so much attention? Maybe not."

Power comes from a lithium–iron phosphate battery pack using cells from Thundersky. It weighs 550 kilograms and fills the sidepods and the space behind the driver. Hadland says the 56 kilowatt-hour pack is good for 400 kilometers (248 miles) on the U.S. EPA drive cycle. That sounds about right; the 53 kilowatt-hour pack in the Tesla Roadster is good for 224 miles and has gone as far as 313 miles.

The team is using a controller made by Rinehart Motion Systems. Hadland says it uses a patented cooling system and it's about one-third the size of other controllers. "A useful thing to have when you've got a tight space to fit them in," he says.

Testing the battery was a bit of a hassle, and the team had problems getting the cells balanced. "But with some clever software and hardware changes, the pack now balances to an impressively small amount, less than 0.01 standard deviation," says Aran Kankiwala, the team's powertrain engineer.

All of the hardware sits in a modified stock chassis and is wrapped in the stock carbon-fiber bodywork. The team raised the car's ride height to make it more roadworthy – though it's still pretty freakin' low – and Hadland says it is "pretty comfortable" even after a few hours behind the wheel. The regenerative braking system "mimics engine braking pretty nicely" while returning juice to the pack. Direct drive – no gearbox – increases efficiency.

"Our powertrain efficiency is over 90 percent, which is quite ridiculous," Hadland says.

The team started the project – which is sponsored by Radical, Thundersky and others – in January 2009. The students knew early on they wanted to tackle something big and soon decided on the Pan-American Highway.

"If you're going to try and associate EVs with endurance and long distance, you've got to take it to extremes," Hadland says.

Of course, one doesn't just set off on a road trip the length of the Americas. The team is getting help from local officials, and even some ambassadors, along the way, and it has lined up charging locations with help from sponsors and Imperial College alumni. They'll be making the trip in an open-topped race car with minimal amenities, but everyone is ready.

"We've got warm jackets and helmets," Hadland says. "If it rains, we'll just have to man up, same as anyone on a motorbike. What other amenities do you need if you're cruising down the Pan-American Highway? We're passing through some spectacular landscapes along the way." 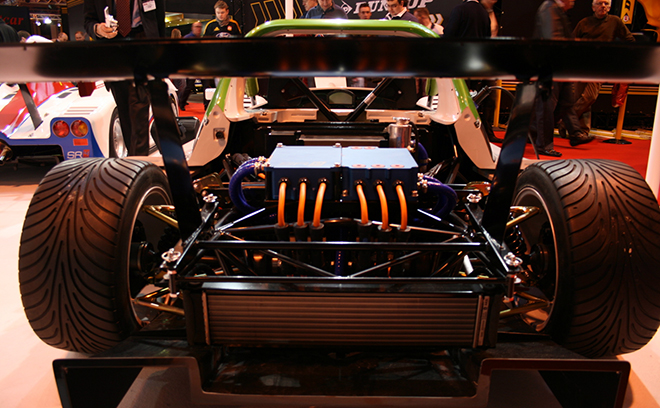 The SRZero uses a pair of AC synchronous motors and a 56 kilowatt-hour lithium–iron phosphate battery. The team expects to spend three months driving the Pan-American Highway.